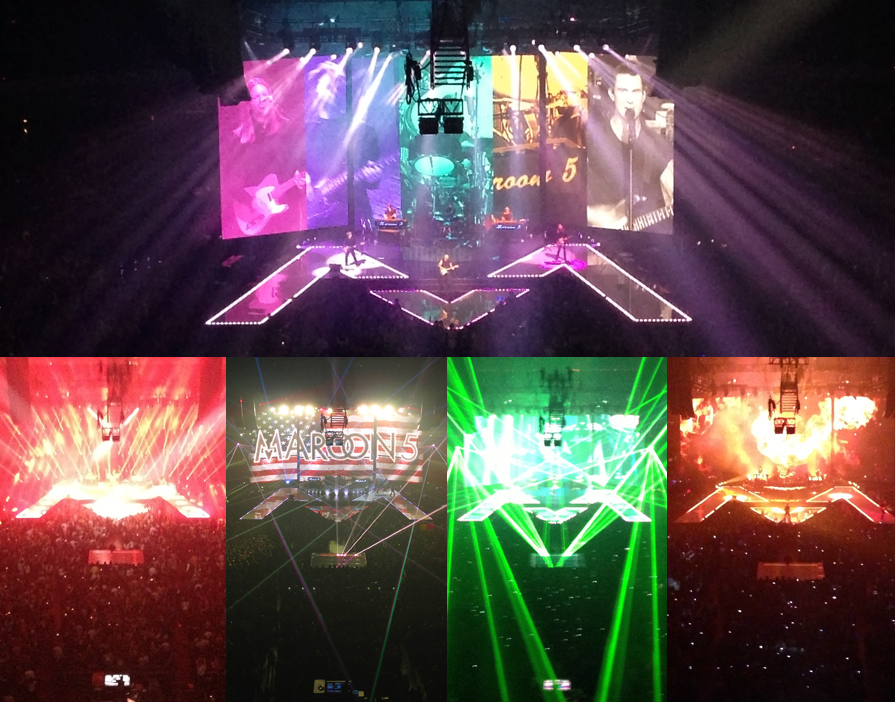 Maroon 5 played at the American Airlines Center on March 21st, 2013 for their “Daylight Tour”. We had some decent seats in the 300 section, almost front and high-center. I was able to catch some great photos of the Maroon 5 stage, as well as Adam Levine. I took the above photos with my iPhone 5, and was pretty happy with the results after some quick edits in Photoshop. If you’re wondering about the concert, it was fantastic!!! The other openers were Owl City and Neon Trees, both of which were great as well. If you’re on the fence about buying tickets, don’t hesitate!!!!! Awesome show!